Seeds of Hope: Building a Better Ixtapa-Zihuatanejo through Environmental Education

The Problem:
Our local ocean is polluted and the fishing industry is on the verge of annihilation.  The state of Guerrero ranks fourth in biodiversity in Mexico, however, it is also considered the second poorest and most corrupt state in the country and the conservation scientists who are willing to work in Guerrero are very scarce due to the reputation of the site and the challenges that this implies.

Environmental problems in our region are alarming due to the unconsciousness of people who in most cases ignore the impact that their daily habits. There are no biology programs in the region which connect students with their natural environment, despite its rich biodiversity. Few locals have ever seen a whale or dolphin in the wild and they don’t care or understand their importance of the food chain. Plastics are a serious problem; our garbage dump has been on fire since July 2018 and air quality advisories have become routine. Dolphin populations are declining due to starvation and pollution-borne disease. 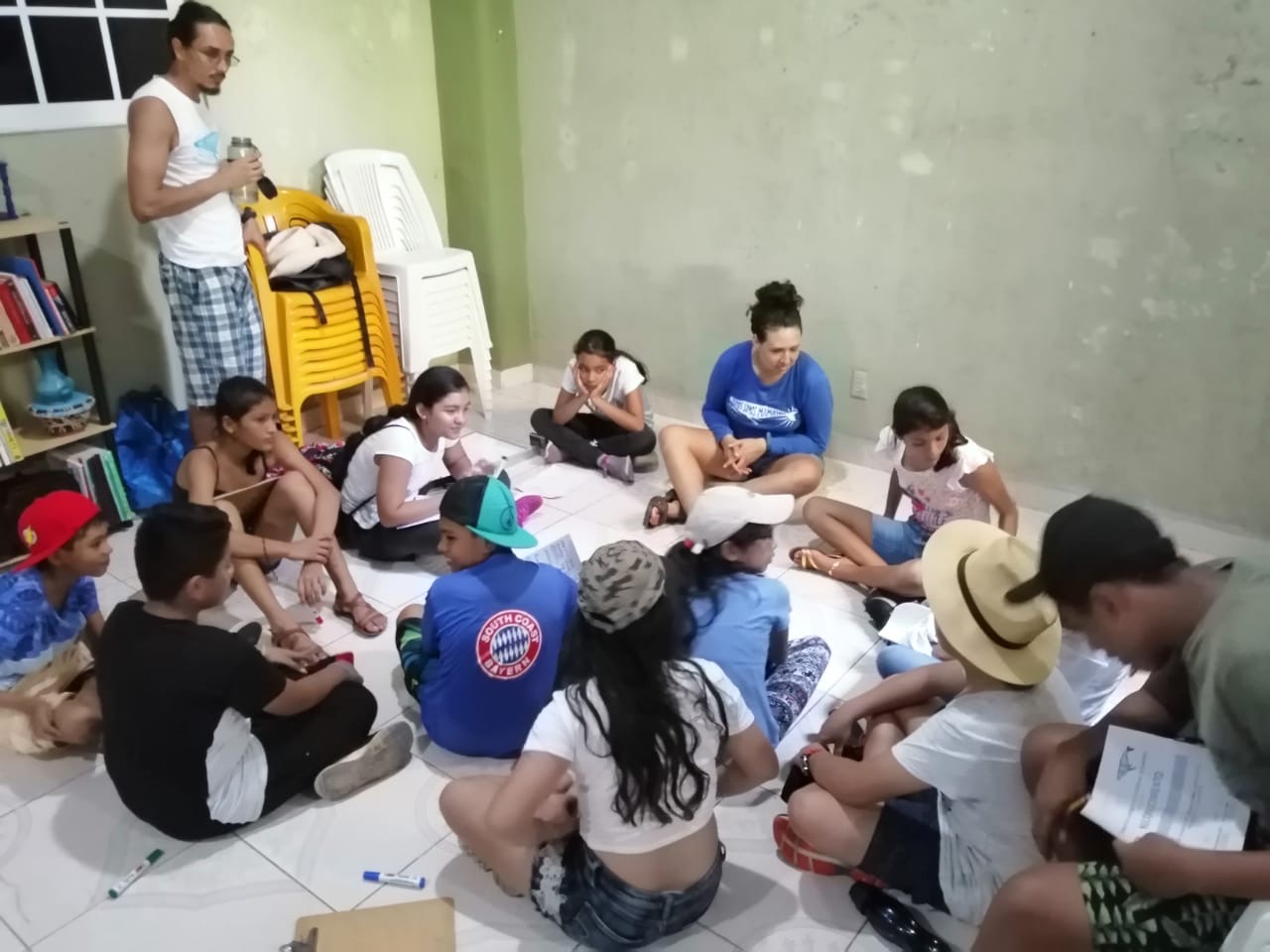 Our Solution:
The National Geographic supported project, “Seeds of Hope”, overseen by Early Career National Geographic Explorer and WoG Director of Education, Andrea García Chávez, aims to generate an authentic interest in biodiversity and its conservation in Ixtapa-Zihuatanejo, Guerrero through a series of environmental education, participatory science and science communication programs with local youth. Our work will impact +2500 people directly and reach 200,000+ through social networks. The support provided by National Geographic will allow for the development of experiential and high-impact activities for the public education sector, which generally lags behind due to the lack of financial resources. The importance of impacting public schools lies in the fact that the children who study in them come from the families of fishermen and farmers who are in the most impactful relationship with the environment for better or worse.

Objective:
Cultivate a natural interest in the conservation of marine life by implementing an active educational model for all ages and connect students and teachers with marine life through scientific workshops and excursions.

What We Will Do:
In 2019 and 2020, Andrea and our team will work with 100+ kids to investigate these problems and develop solutions. We will teach local kids how to be good scientists, educators and communicators. Together, we will ask questions and study our environment, solve problems and form a permanent connection with our incredible marine wildlife and sea. 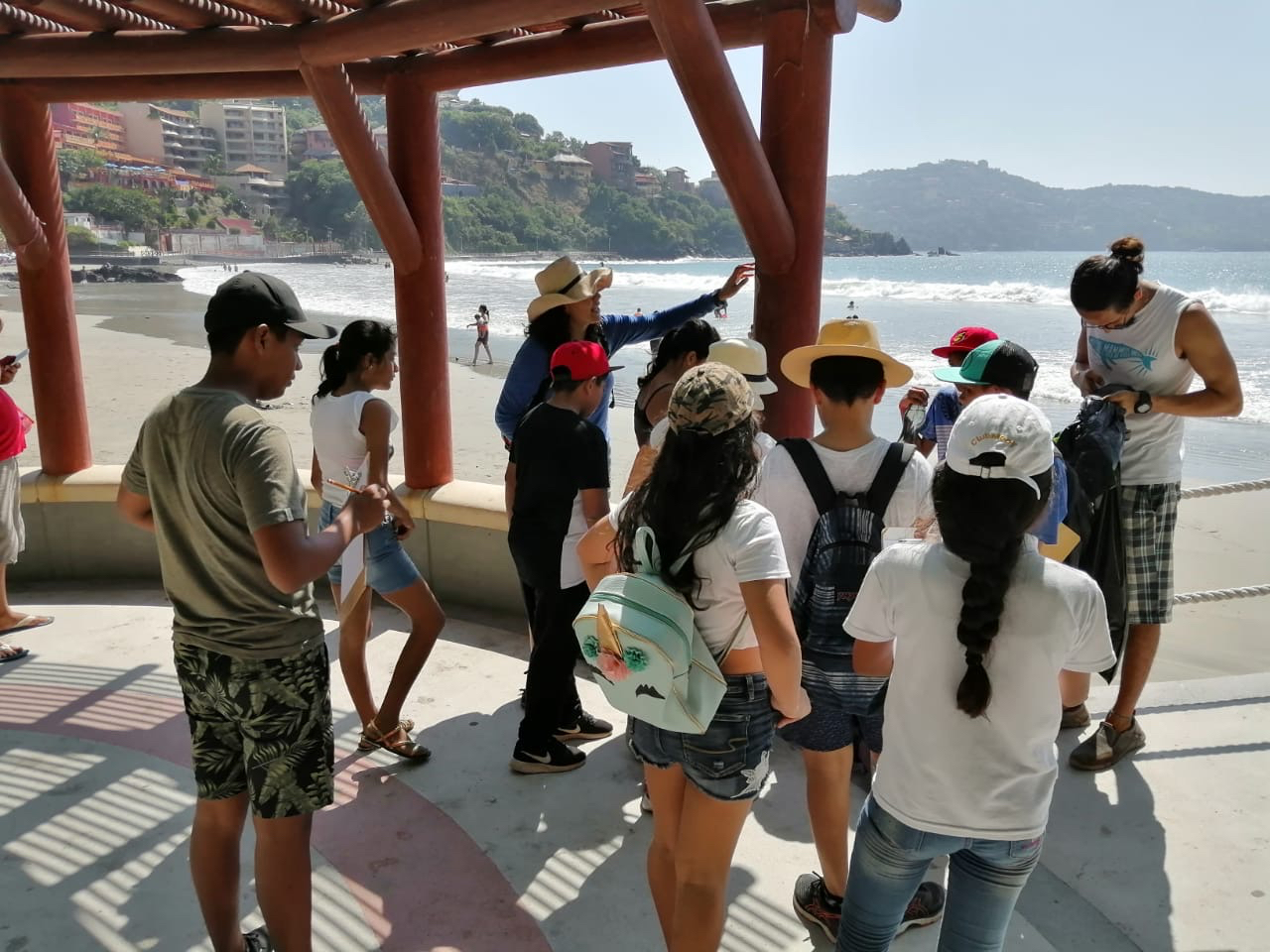 Anticipated results:
By the end of the project we expect to see a significant shift in the cultural climate of our area regarding peoples´ attitudes towards environmental stewardship that result in healthier oceans, a cleaner environment and strong marine and land animal populations.

The +100 students will have a better knowledge about the impact of plastic on their environment and the importance of conservation and care of the local biodiversity. We will implement environmental measures that will directly or indirectly benefit the inhabitants of the municipalities of Petatlán (44,263) and Zihuatanejo de Azueta (124,824) and the diverse biological species (1,560) of the region. Thirteen species of marine mammals and 4 species of sea turtles threatened by anthropogenic activities and pollution of the marine environment will benefit directly from the care of their environment. We have discovered that humpback whales give birth and raise their calves in our region, meaning it is essential that they have a protected place where they can give calve, nurse and rest. Three species of coastal dolphins are affected by pollution, trapped in nets and are observed to be emaciated due to food shortages. We will promote a culture and motivated community that values the protection of marine biodiversity.