Humpback whales are the conversational centerpieces of all the work we do in Guerrero. It started with a first-ever five-year whale survey in 2013 and took off from there.

Background:
Bahia de Petatlan, Zihuatanejo, Ixtapa and Troncones are part of the migration route of approximately 2000 endangered humpback whales. While we have known of the whales’ presence in the area for years, no formal studies of the whales in this southern region of the Eastern North Pacific had ever taken place before we got started.

The Bahia de Petatlan, a 75-square mile area where we are running our pilot study, runs along a pristine 12-mile sweep of beach and is part of a unique, unprotected region in the state of Guerrero, Mexico. This small region is host to eight distinct ecosystems in one small area and the local waters are the winter mating and calving grounds for a group of humpback whales each year.

Mexico has specific laws in place regarding whale-watching activities from private vessels to minimize stress on the whales, to protect them from unintentional injury by boaters and to ensure that the mothers and calves are never separated from each other. At this time, there is minimal awareness of safe whale watch laws among boat operators and local guides who take visitors to the area to view the whales.

*US National Oceanic and Atmospheric Administration. 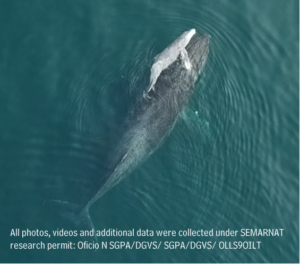 We have established that our region is important to two Distinct Population Segments (DPS) of Humpback Whales: The endangered Central American DPS  (approx. 411 individuals) and the threatened Mainland Mexico DPS (approx. 5000 individuals). Our region is an important part of both populations’ migratory paths and it is a destination where pregnant humpback whales return to to give birth, nurse and raise their newborn calves for the first weeks of their lives. It is also an important courting region for males and sexually receptive females, as evidenced by the mating behaviors and singing we hear in the region every winter.

Now that we know the importance of our region in Guerrero for humpback whales, we are focused on:
-Capturing baseline data on boat/whale interactions in the region  and engaging the local community in creating a culture of respect and responsibility toward these vulnerable animals
-Monitoring mother/calf habitat use and identifying the most important and vulnerable places for the whales in our region
-Collaborating with researchers along the entire North American west coast to track humpback whale movements, dangers and population trends
-Studying and protecting all 16 species of whales, dolphins and pinnipeds we have identified in the region

Scientific Background
Between 2014-2018, we completed a five-year, 1600-hour study, and gathered sufficient data on the migratory humpback whale population to establish a preliminary understanding of their abundance and distribution in the region. By inviting residents of the region to participate as citizen scientists in the study, to benefit from utilizing optimal practices around marine wildlife and to serve as ambassadors of the area’s wondrous natural resources we witnessed a strong shift toward informed, responsible marine wildlife ecotourism during our first five years. The publication of our scientific results will assist in scientific understanding of how humpback whale populations migrate, interact and how humans are affecting their survival rates in both feeding and breeding grounds along the Pacific Coast of North America.

We taught local marine biology at 12 schools in 5 towns and cities, reaching 1000+ kids. We offered at least 1 workshop/week at the library in Barra de Potosi. We also brought Barra kids and high school kids from Zihutanejo aboard our boat to study wildlife with us. 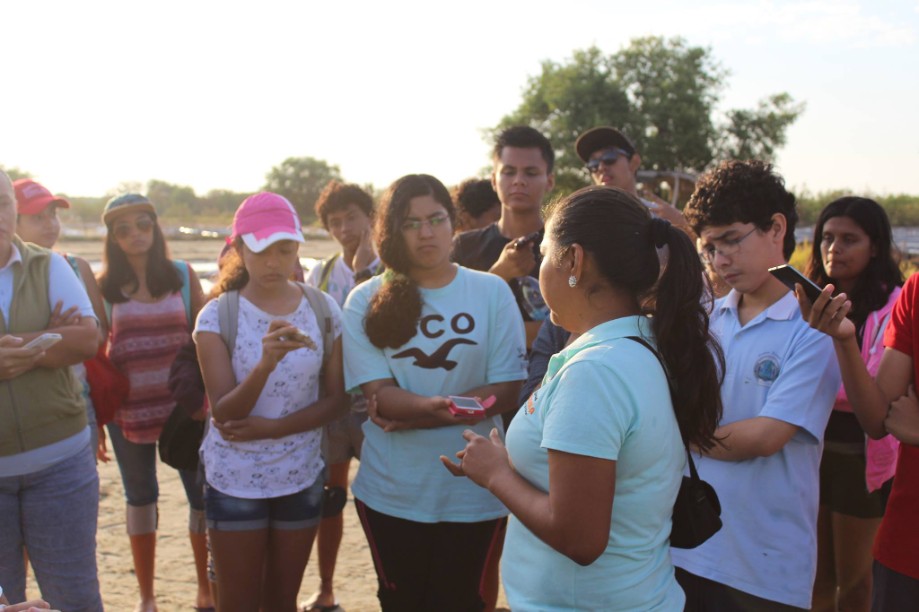 We shared our discoveries and information about the rich marine wildlife in our region at public events at least once/week,including on the radio, television, through the newspaper, at the eco-tianguis, at hotels and in other public places and gatherings to reach 200,000+ people.

We taught 20 guides and fishermen about whales and dolphins in a two-day intensive training program.

We increased ecotourism in our region through Oceanic Society expeditions and outreach programs.

We raised ½ the funds needed to bring 14 community thought leaders from our region to Baja for a fishermen’s cultural exchange in San Ignacio Lagoon, Cabo Pulmo and Punto Abreojos. Our group will experience first-hand examples of thriving ecologies and financial success as a result of responsible community managed stewardship. Donate here to help us make this happen!